Posted by George at carlocksandkeys.com on July 30, 2016 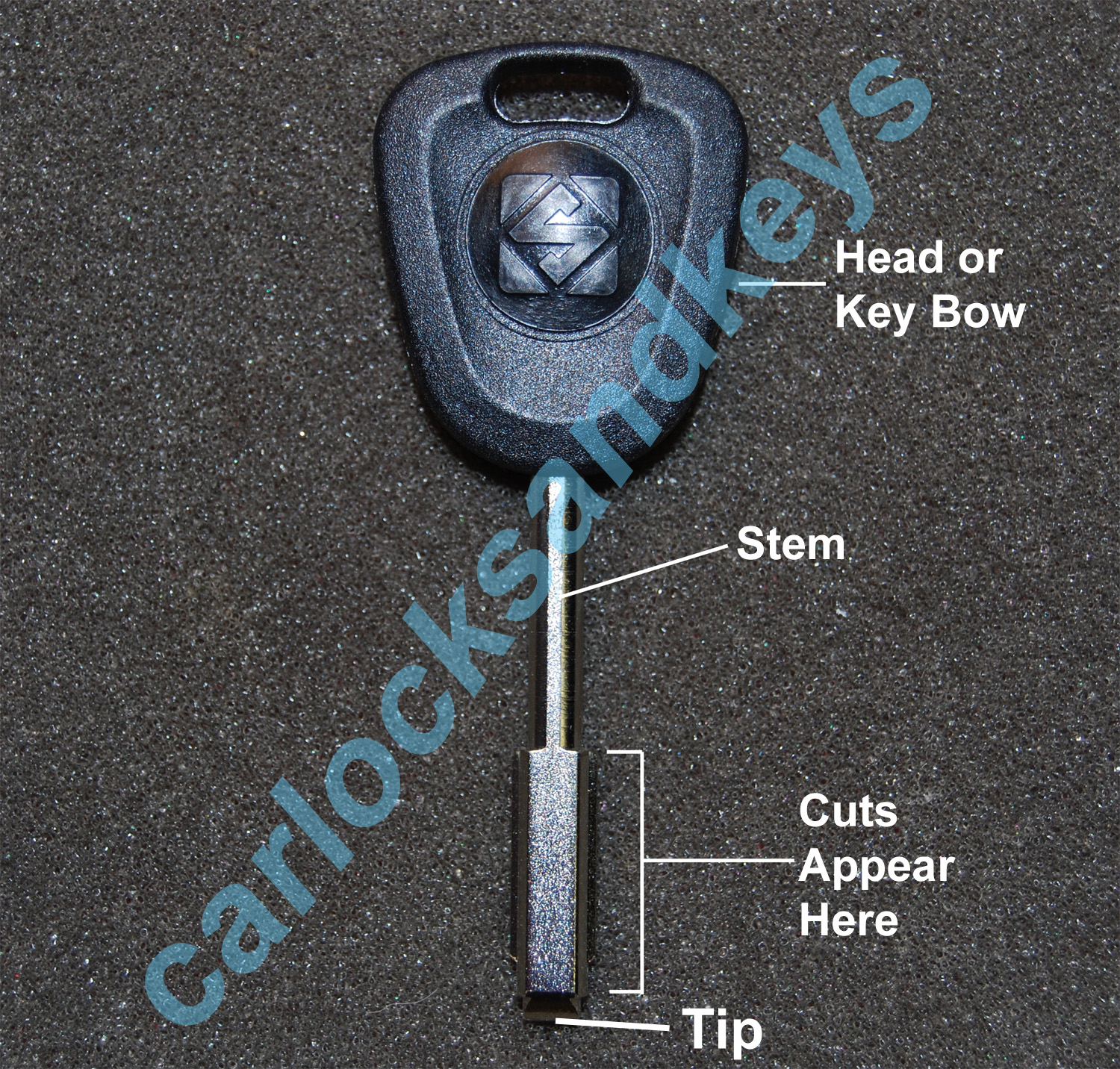 A tibbe key is a high security automotive key used in Jaguar and Ford vehicles. The parts of a Jaguar tibbe key are shown above in photo #1. All Jaguar tibbe keys have 8 cuts or 8 spaces with 1 of 3 possible cut depths occurring in each space. These 8 cuts are duplicated 4 times on a tibbe key in 4 different areas (see photo #2), but you only need to read the cuts in one area to determine the key code. The 8 spacing are labeled as A, B, C, D, E, F, G and H (see photo's #3 and #4). The 'A' space occurs farthest from the tip of the key with all the other spacing locations moving toward the tip, in order, with the 'H' space being closest to the tip. In each space there is a cut with 3 possible cut depths. A #1 cut is the least shallow, and is also referred to as a "No Cut." A #2 cut is the next deepest cut depth, and a #3 cut is the deepest cut. The three cut depths can also be referred to as flat, medium and full. With a #1 cut being flat, a #2 cut being medium and a #3 cut being full. (See photo #5)

To find your key code you simply find the A position on your key and determine if you have a #1, #2 or #3 cut, than write the cut depth number down on a piece of paper. Than move to position B and repeat. Do this for all positions A through H and you will end up with an 8 digit key code. Its easier if you turn the key slightly side ways making it easier to see the cut depth as I have done in photo #5 and #6. Use the photos I provided in this blog to help you determine spacing positions and cut depths on your key.

I am more than happy to help you decode your key, but you must email photo's of your keys 8 key cuts. Your photo's must be close up and clear. The photo's of the key cuts must be taken from the side and slightly forward like you see in photo's #5 and #6. 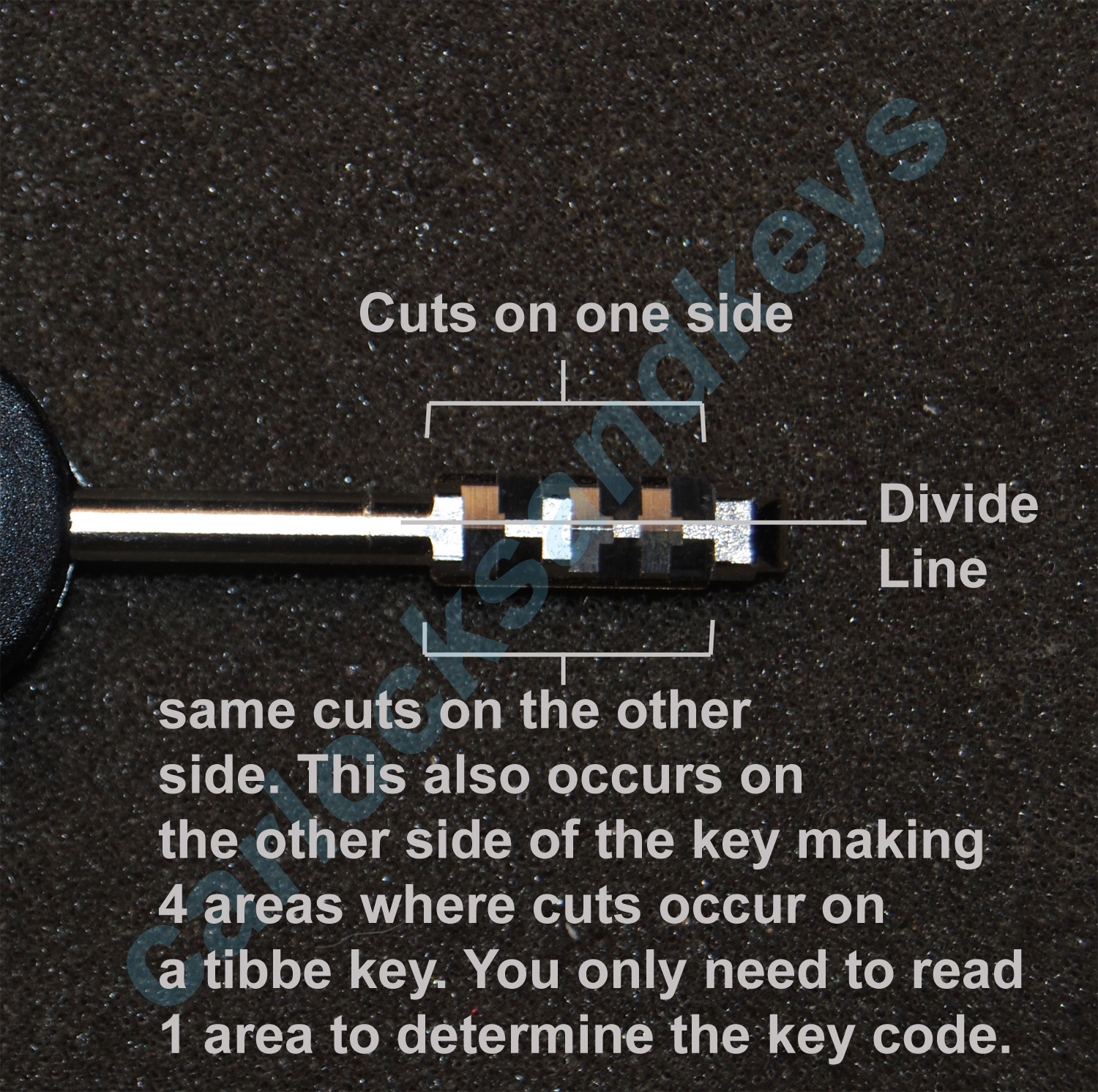 Photo #2 - The 4 areas on a Tibbe key where a set of cuts occur. All sets of 8 cuts are identical to one another. 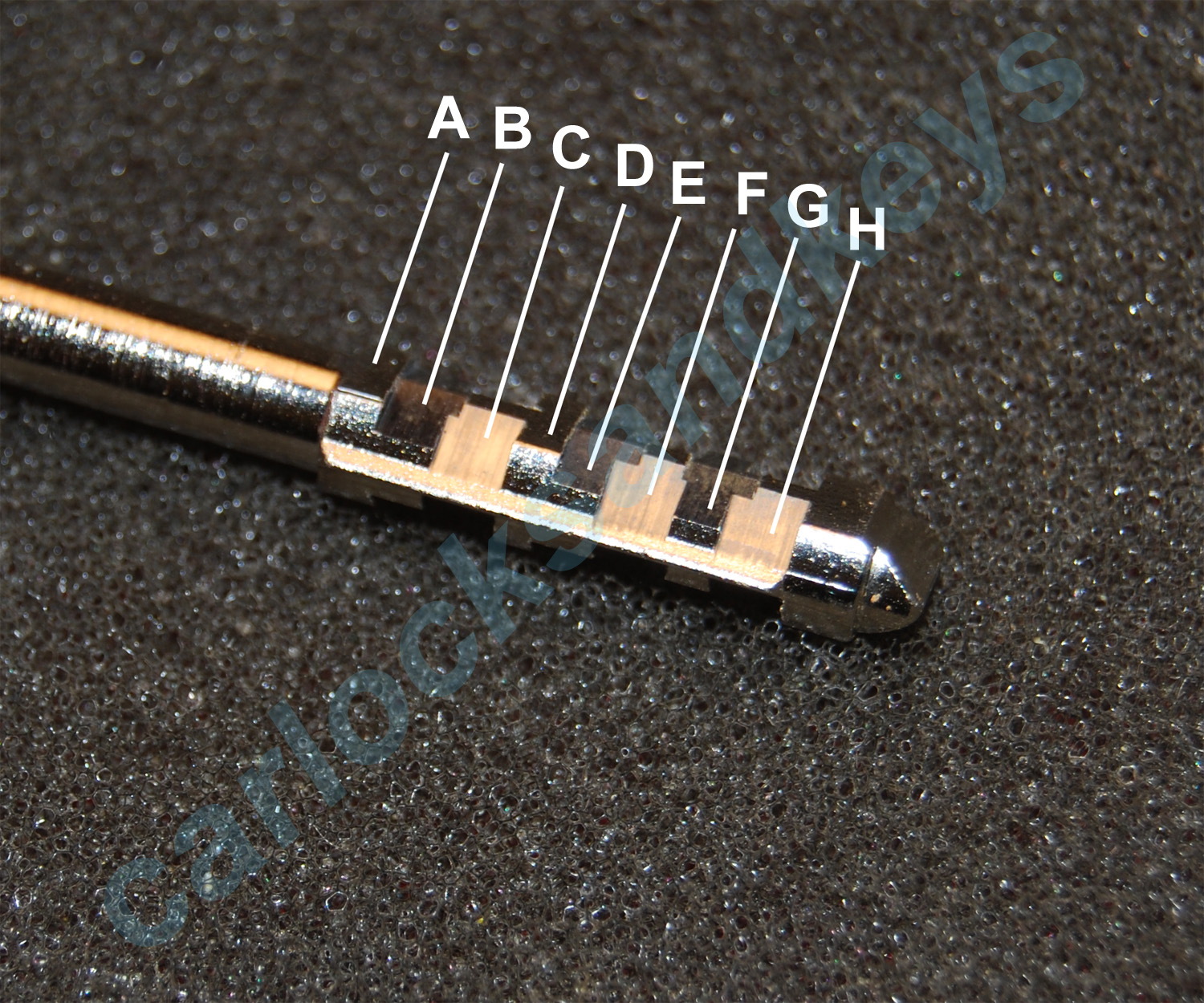 Photo #3 - The 8 spacing locations in a Jaguar Tibbe Key 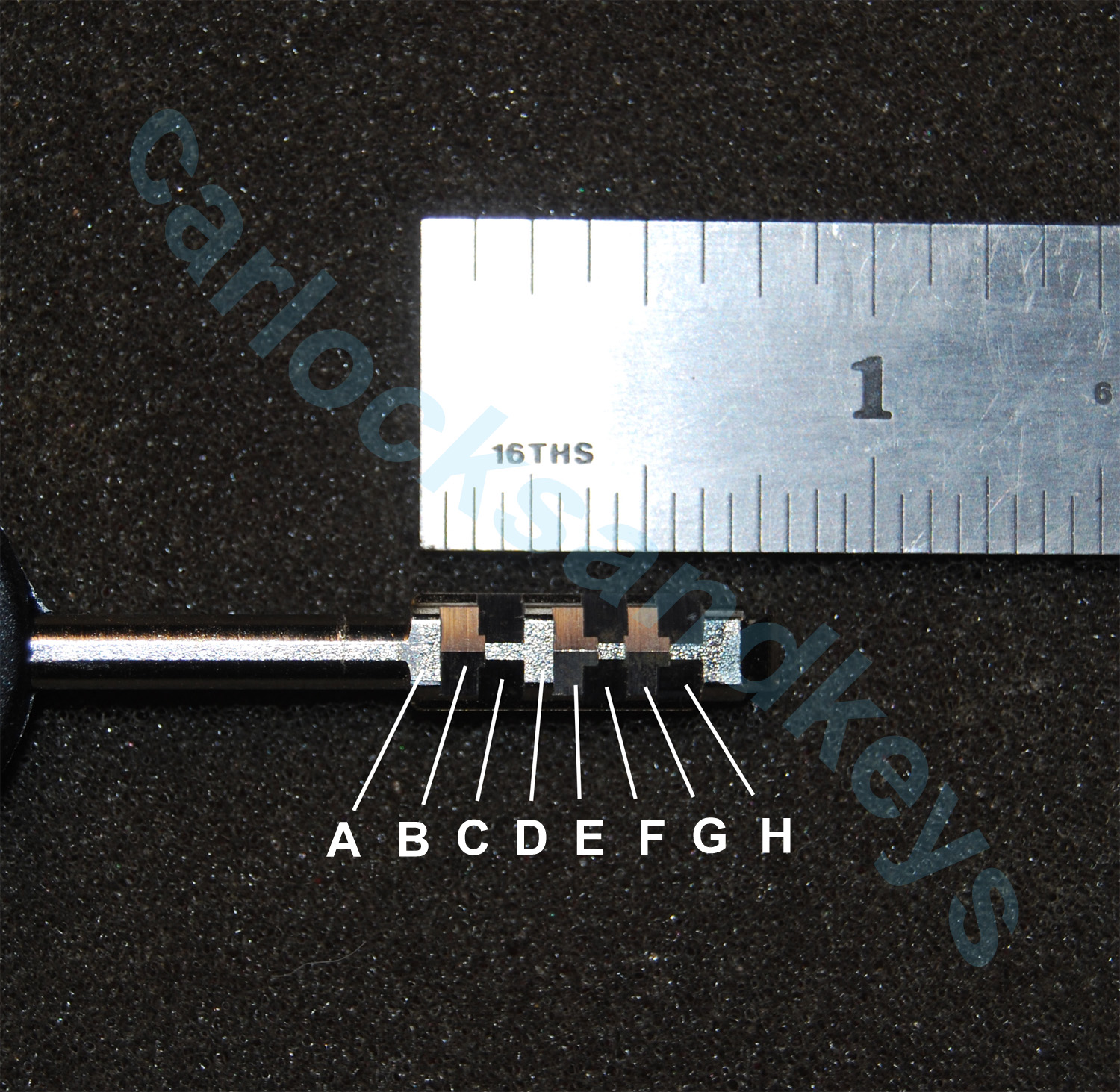 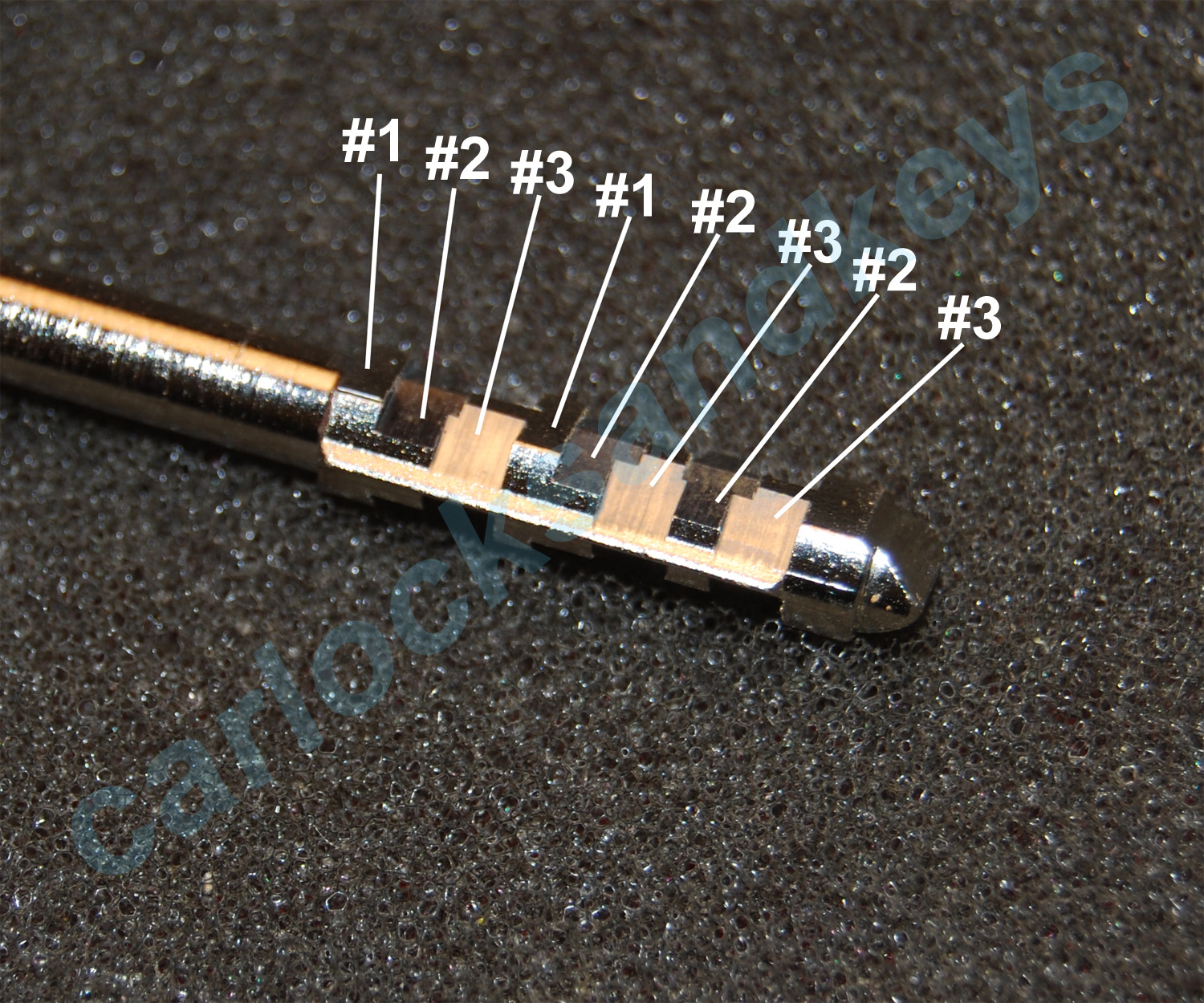 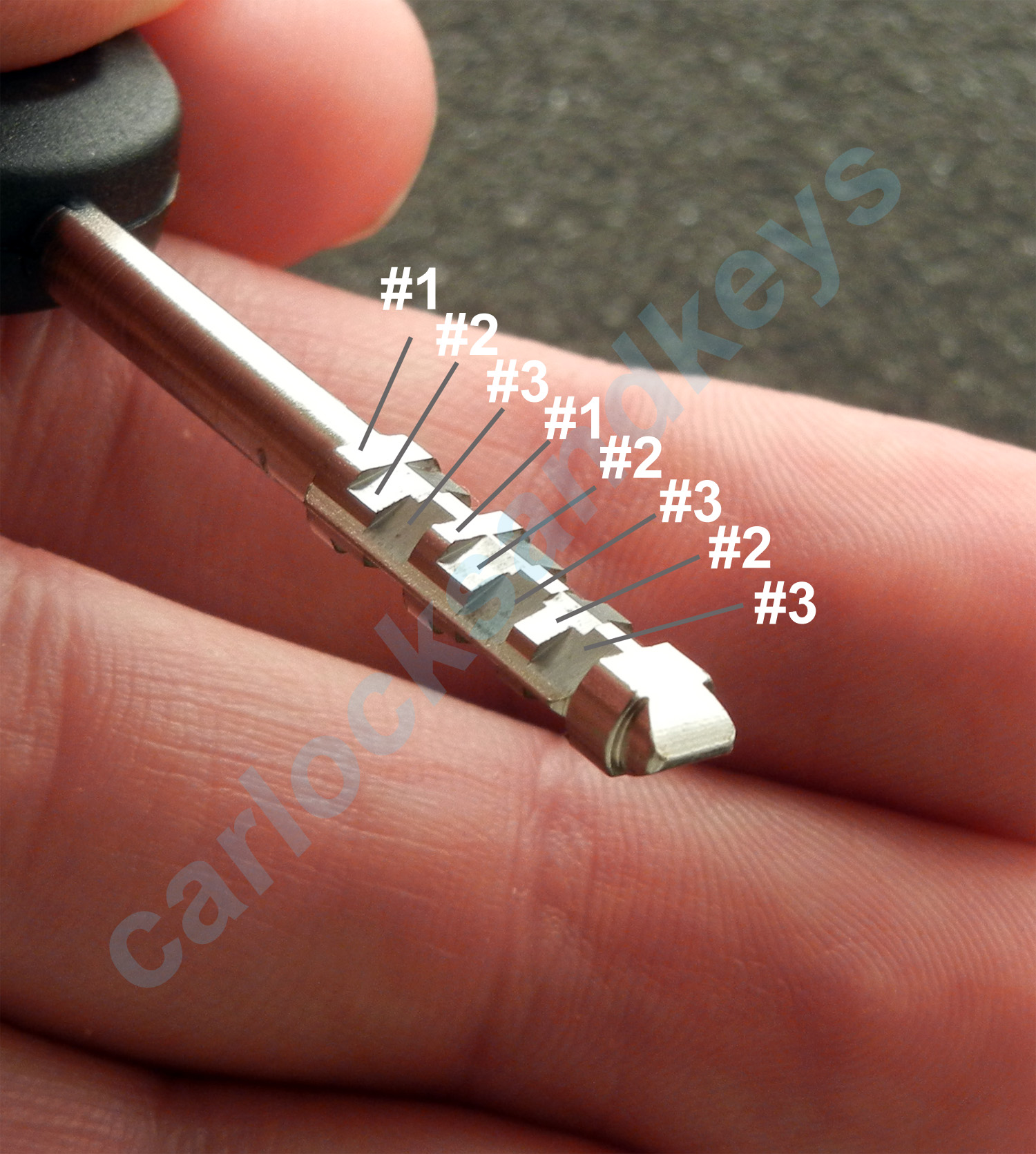