All About GM General Motors Lettered Square and Round Key Blanks

General Motors began using the older style lettered square and round key blanks back in 1968, and they continued to use the blanks into the 2000's. I believe GM stopped manufacturing cars that used the lettered keys in 2002. The keys were usually grouped in lettered pairs, which include: (A, B), (C, D), (E, H) and (J, K). Stock GM vehicles will use one of these group of keys, and which group depends on the year the vehicle was manufactured. If a lock(s) on your GM vehicle were replaced sometime in its life, than its possible the replacement lock uses a different lettered key, so the lettered car key combination for your car will be an odd group of letters. carlocksandkeys.com carries all the GM lettered keys, so if your GM car uses an odd pair, than let us know and we will ship the correct keys to you.

Door and trunk locks used on early GM vehicles had a lock shutter with a gate, and this gate fit into a side groove on the key when the key is inserted into the lock. Sometime in the 1970's GM stopped using the gated lock shutter and replaced it with a shutter with an open key slot. Early GM lettered keys were slightly longer than the OEM key blanks manufactured for GM today. I don't know why GM changed the length of the keys, but it was probably to save money on brass. The older and slightly longer lettered key blanks had a side groove, which was slightly longer on the older keys than the groove found on newer OEM lettered key blanks sold by GM today. If you have an older GM vehicle that uses a lock shutter with a gate, than your going to have problems inserting the newer OEM keys far enough into the lock, so that the shoulder of the key reaches the correct resting position in the lock to unlock/lock the lock. This is because the groove found on the newer OEM keys is not long enough, and the gate on the shutter reaches the end of the groove before the key is inserted far enough into the lock to correctly operate the lock. The only solution to this problem is to either increase the length of the key groove, or replace the older style lock shutter with a new version. See photo below. 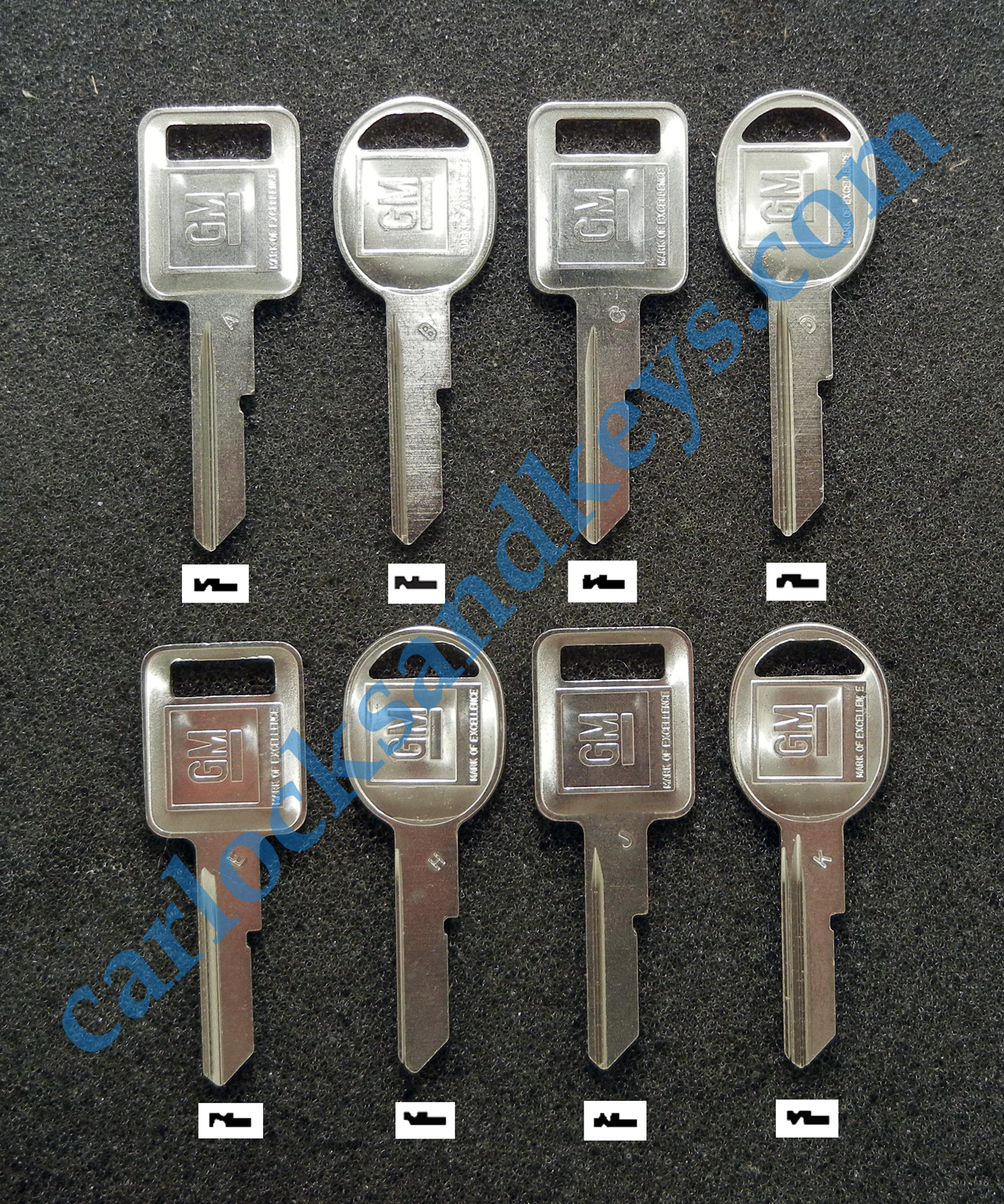 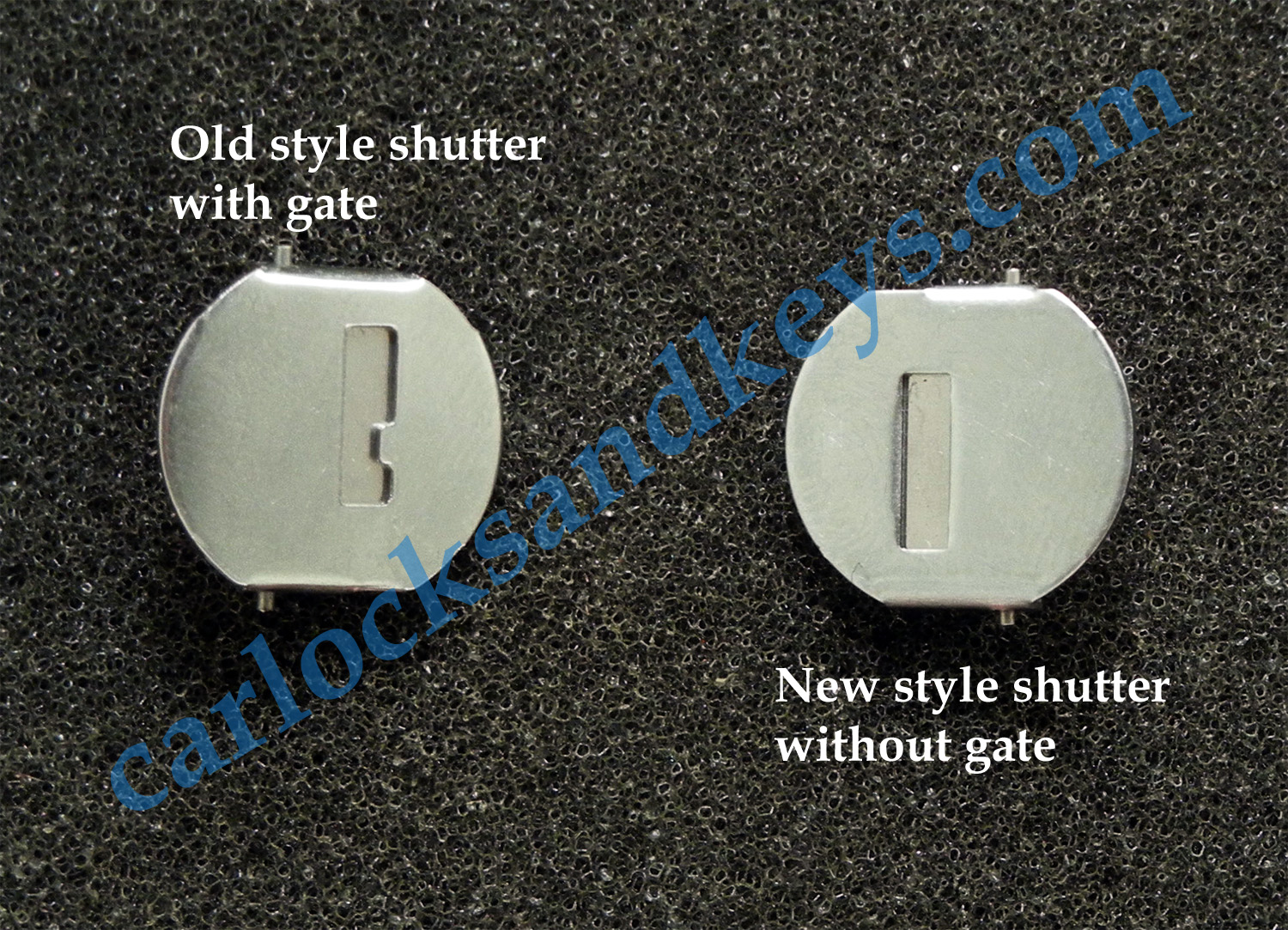 Photo of the older style lock shutter with gate, and the newer style with an open key slot.